LUBBOCK, Texas (March 15, 2021) — Organizations representing Thoroughbred horse owners and trainers have filed a federal lawsuit to stop a new law in which Congress punted on its legislative duties and, instead, handed the power to regulate horse racing over to a private group. Under the law, this elite group within the industry is allowed to monopolize power and change not only the rules, but the federal laws that govern horse racing across the country.

In the Dec. 2020 COVID-19 stimulus plan, the U.S. Congress tucked in this pet project pushed by elite horseracing interest groups. With the passage of the Horseracing Integrity and Safety Act (HISA), Congress ends 125 years of state regulation and nationalizes control over horse racing by creating and ceding federal lawmaking power to a private, nongovernmental body called the Horseracing Integrity and Safety Authority, or the “Authority.”

The National Horsemen’s Benevolent and Protective Association (National HBPA) and state affiliates in Arizona, Arkansas, Indiana, Illinois, Louisiana, Nebraska, Oklahoma, Oregon, Pennsylvania, Washington and West Virginia, are suing the newly created “Authority” and the Federal Trade Commissioners, who are tasked with nothing more than rubber stamping their rules. In addition, they are suing the Nominating Committee and asking the court to immediately stop them from appointing the Board members of the Authority. They are represented by attorneys at the Liberty Justice Center, a national public interest law firm that defends constitutional rights.

“All Americans should be concerned when Congress gives power to regulate an entire industry to a private group of industry insiders,” said Brian Kelsey, senior attorney at the Liberty Justice Center. “This goes way beyond setting rules for the sport of horse racing. This is not the NBA or the NFL. The ‘Authority’ has the power to make laws, issue subpoenas and effectively tax owners with little real oversight. Placing that power in a private organization is illegal and must be stopped.”

The National Horsemen’s Benevolent and Protective Association and its affiliates effectively held back the passage of HISA since it was first introduced in 2015. Opponents on Capitol Hill repeatedly pointed out that HISA illegally delegated power to a private entity. Despite the pushback, the measure was covertly added to the Dec. 21, 2020, COVID-19 stimulus. Now, moneyed horseracing competitors have carte blanche from the federal government to control an industry that also serves as the primary livelihood for many HBPA members and an economic driver in many states such as Kentucky, Louisiana and Pennsylvania.

“There’s a real concern among Thoroughbred horse owners that this could put us out of business,” said Bill Walmsley, president of the Arkansas HBPA. “By passing HISA, Congress picked winners and losers and put well-connected owners in charge of horse racing across the country. There was no serious debate or discussion about the costs, let alone the legality of creating a private group to control horse racing.”

The lawsuit, National Horsemen’s Benevolent and Protective Association v. Black, was filed on March 15, 2021, in the U.S. District Court for the Northern District of Texas. To read the lawsuit and information about this case, visit: https://libertyjusticecenter.org/media/horse-racing/

The Horseracing Integrity and Safety Act (HISA) was first introduced by U.S. Reps. Paul Tonko (D-N.Y.) and Andy Barr (R-Ky.) in 2015. After no movement on the bill for five years, Sen. Mitch McConnell (R-Ky.) announced his support in Aug. 2020. It was passed by the U.S. House of Representatives the next month and then passed the U.S. Senate as part of the Federal COVID-19 Relief Bill on Dec. 21, 2020.

HISA creates an unelected, national board, the “Authority” to replace the current state regulatory structure, and it allows the Authority to impose new fees and costs on the industry. The majority of those who will have to pay the fees are working class horsemen and women.

Proponents claimed that HISA would bring uniformity and safety to the sport; however, congressional opponents repeatedly criticized the unprecedented power and unfunded mandate given to the appointed nine-person board of the Authority. A large percentage of horsemen also believe the law is not in the best interest of racehorses’ health and that the power grab by wealthy industry leaders creates more problems than it fixes. 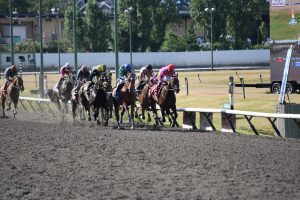 Join us in Downtown Lexington, Kentucky for our expanded National HBPA Executive Committee Meeting. Join us in-person or via Zoom on April 15th and 16th, 2021 If you plan to attend in-person: Meetings will take

Join us in Downtown Lexington, Kentucky for our expanded National HBPA Executive Committee Meeting. Join us in-person or via Zoom on April 15th and 16th, 2021 If you plan to attend in-person: Meetings will take 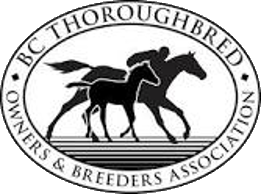 Your subscription email will only be used by the HBPA for its purposes, it will not be sold or traded to any other organization.